Call it an evolutionary enhancement of a traditional product. Precast concrete arch pipe is known throughout the industry as an ideal solution for stormwater systems where conditions call for maximum flow and less cover. At low flow, the arch pipe carries higher volumes of water than round pipe because the bottom is wider. During high flows, when the pipe is full, round and arch pipe carry equivalent amounts of water.

As for cover, arch pipe is generally used where there is less room vertically for the pipe. An 18″ round pipe, for example, is 20.5″ tall from pipe invert to the top of the pipe, whereas an 18″ arch pipe is 16 7/8″. This gives the engineer about 3.5″ of more room above the arch pipe than the round pipe. That little bit of extra space can be critical, because when an engineer designs a drainage job, conditions are often encountered where the pipe invert needs to be higher. With round pipe, it would put the crown of the pipe in the roadway, so in those cases arch pipe is specified.

Site conditions led to the specification of arch pipe for the storm sewer portion of the South Dakota DOT project to upgrade Highway 115 between Sioux Falls and Harrisburg. The evolutionary enhancement was a pre-lubricated gasket that improves installation efficiency, ensures watertight seals, and saves the contractor time and labor on the jobsite.

Gasketed arch pipe is rare in the concrete pipe industry. But it makes great sense to contractors, and that’s why Cemcast Pipe & Precast President Carl V. Carlson wanted to offer it.

With roots in the construction industry dating to 1993, Carlson and his partners – brother Matt Carlson and brother-in-law Ed Davis – branched out into precast in 2012 with a mission to take what they learned in the field and create a precast operation that caters to contractors.

The gasketed arch pipe used for the Highway 115 project is a perfect example of the Cemcast philosophy in action. Cemcast supplied arch pipe outfitted with Hamilton Kent Tylox® SuperSeal™ pre-lubricated gaskets to meet the needs of both the contractor and the SDDOT. 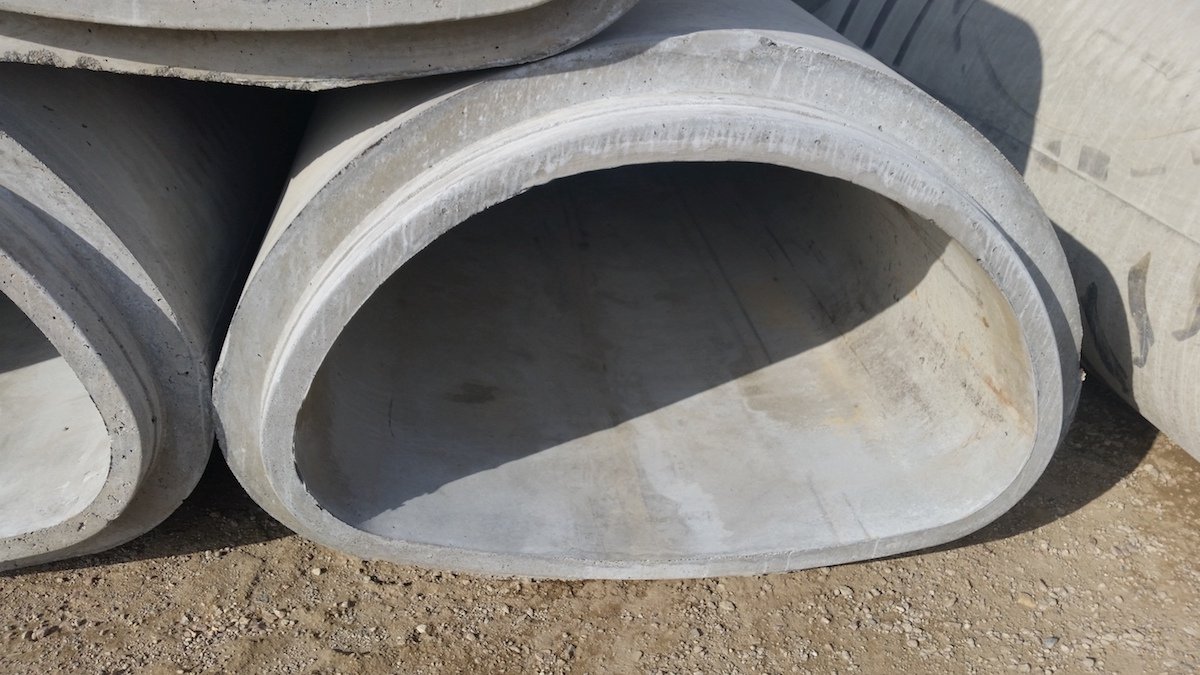 “Our goal at Cemcast is always to reduce operator frustration, and we firmly believe that the quality of our products and how they go together affords the contractor the ability to make the most money possible,” Carlson said. “And the end user, in this case the South Dakota DOT, receives a product that is unequalled in the Midwest and will perform well for the next century.”

With Sioux Falls and Harrisburg growing toward each other, the highway needed an upgrade. Plans called for a quad run of storm sewer pipe, and the SDDOT was serious about protecting the environment and nearby underground utilities with a watertight solution.

John Rennich, project manager for H&W Contracting, spearheaded the installation and appreciates the benefits of gasketed arch pipe for his crew.

“We had two install locations where a prominent amount of arch pipe was used,” he said. “They were quad runs – so four runs of pipe, side-by-side-by-side, and the space between the pipe was two feet or less. The working space for the guys down there (in the trench) was pretty tight.”

“If it is non-gasketed pipe, you have to use a mastic or a hydrophilic waterstop in the joint, and then you also have to wrap the top half of the pipe ­– from haunch to haunch – with a 1-foot wide fabric layer. Those products are installed as you put in each individual stick of pipe. So it’s kind of a two-guy operation in the trench, just making sure that the waterstop stays in place while you’re installing the next stick,” he said. 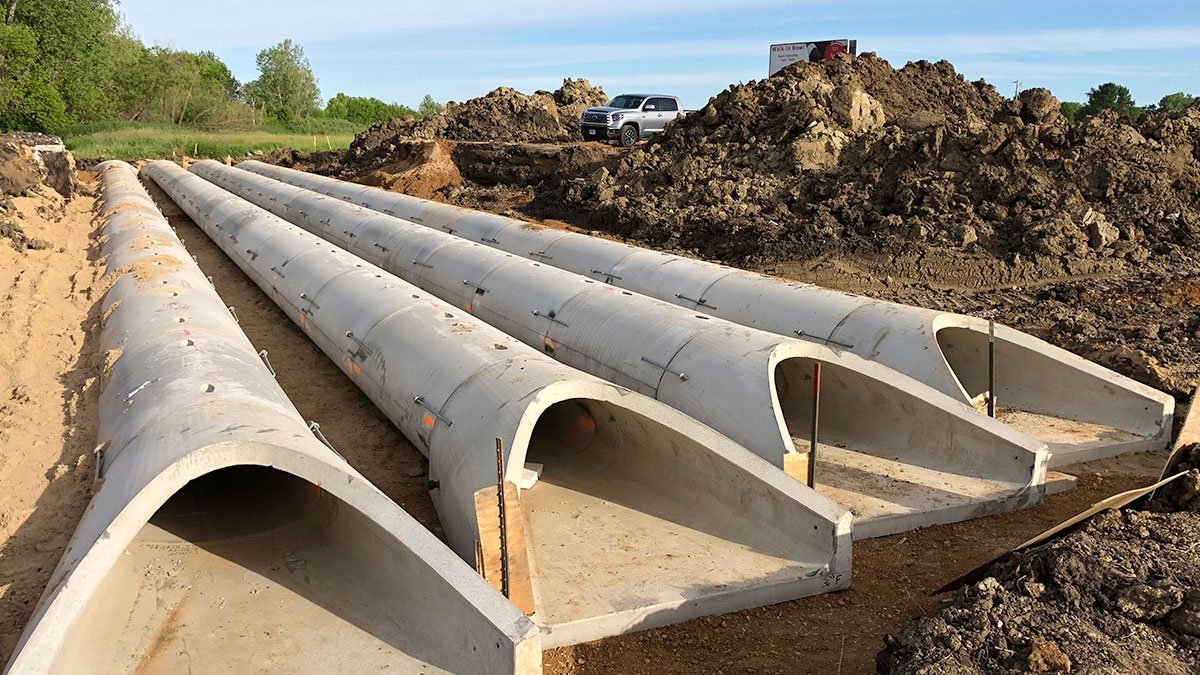 Hamilton Kent originally developed the lubricated gasket for round pipe and manholes, said Randy Reimer, director of sales, but the uses for SuperSeal would quickly expand.

“We could immediately see the benefits for using a pre-lubricated gasket.” Reimer said, “so the SuperSeal migrated to applications for elliptical pipe and then to box culvert.”

Cemcast has taken that technology to its next evolution by working with Hamilton Kent to perfect the gasket technology for arch pipe.

“Carl has done a fantastic job innovating his products, and he’s very quality focused,” Reimer said. “He saw the potential of incorporating gasketed arch pipe into his product offering and it’s worked out really well. He’s got a new product that he can offer to his customers, and he’s on the forefront of rolling out a single offset joint with a SuperSeal gasket for arch pipe.”

From Carl Carlson’s perspective, the evolution makes perfect sense. “We got into gasketed arch pipe because our industry is moving toward gasketed products that are watertight and more environmentally friendly,” he said. “We also like the gasketed arch, because with the Hamilton Kent Tylox SuperSeal gasket, the contractor can easily put the gasket on the spigot and put the pipe together without wasting a lot of time with messy butyl rope or joint wrap or other types of joint treatments that are labor intensive.”

For contractors, project owners and the environment, it’s an evolutionary step that makes perfect sense. 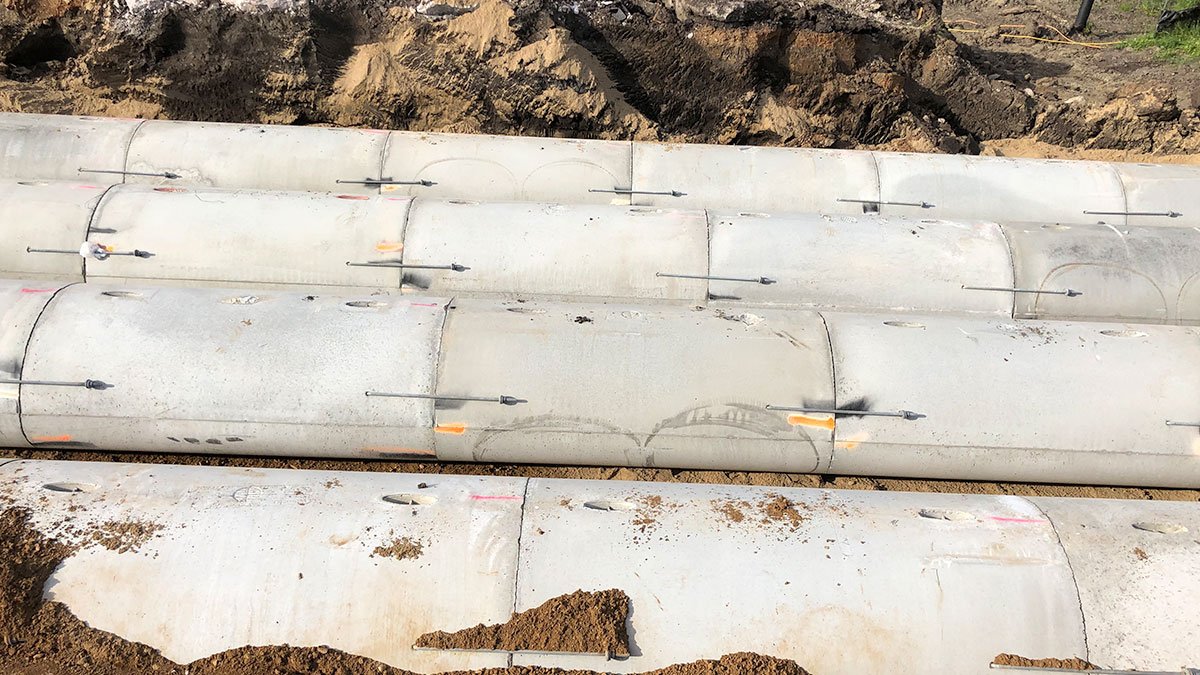 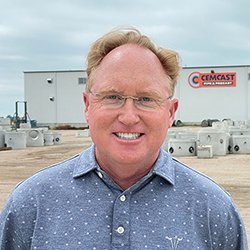 Carl Carlson is president of Cemcast Pipe and Precast, a locally owned concrete manufacturing company based in Hartford, South Dakota, serving the Midwest region with quality products for underground and above-ground infrastructure.

More Articles You May Enjoy

Rolling Down the River: A Plastic Pipe Washout

It started out as just another sunny summer day in Sioux Falls. My wife and I were rollerblading on a bike trail near the zoo and enjoying a peaceful afternoon. We were passing by the Big Sioux River diversion channel west of the zoo, when I looked over and noticed...

END_OF_DOCUMENT_TOKEN_TO_BE_REPLACED 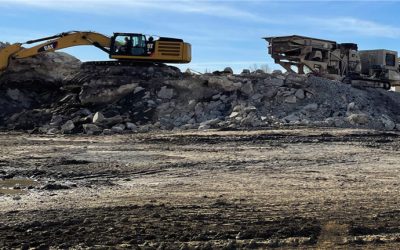 While cement and concrete production are routinely criticized for their contribution to climate change, cement manufacturers are moving in the right direction and the concrete products industry is already both resilient and sustainable, especially when compared with...

END_OF_DOCUMENT_TOKEN_TO_BE_REPLACED 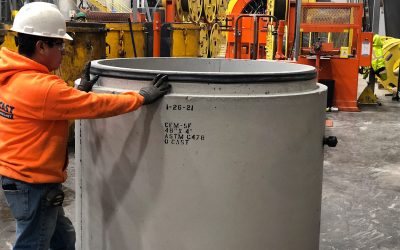 The Benefits and Advantages of Precast Concrete Jobs at Cemcast

Within the current volatile job market and economy, many skilled laborers and workers are finding themselves stuck in a workplace that lacks consistency, positivity and collaboration. And with seasonal layoffs and constantly changing demands, workers within...